Learn about the history surrounding Berenjena including interesting facts about this well-loved ingredient. Dive into the Spanish Berenjena Recipes in the end and start cooking!

What is a berenjena and why is it always present in every Spanish kitchen?

Berenjena is the Spanish word for aubergine or eggplant. Its plural form is Berenjenas.

To understand where this name came from, we have to go back to its Sanskrit counterpart, vatingan.

Persians caught it as badenjan, influencing Arabs as they called it al-badinjan.

Spain, having been introduced to the crop by the Arabs, began calling it berenjena.

The scientific name of berenjena is Solanum melongena.

It got its name “eggplant” because, according to the publication Our Vegetable Travelers of the National Geographic Magazine, the early varieties of the crop showed so much color and an egg-like shape.

Nowadays, it is almost impossible to find the kind of berenjena being described as the first ones to be produced and marketed.

Right now, the most familiar variety of the berenjena is color dark purple. However, there are also white, lavender and red-striped ones.

The berenjena is a good source of Vitamin B6.

While most of the world regards the eggplant as a vegetable, it is actually a fruit by definition. To be more exact, it is a type of berry!

The close relatives of the berenjena are the tomato, pepper, and potato. They all belong to the nightshade family of flowering plants or the Solanaceae.

The History of Berenjena

According to the fact sheet of the United States Department of Agriculture (USDA) and the Department of Public Instruction in Wisconsin, Asia is probably where the berenjena originated. India grew eggplants some 4,000 years ago, and the Republic of China planting the same crop as early as 600 BC.

The aforementioned National Geographic publication supports this claim by tracing back the history of berenjena to that of Indian plant origins.

In fact, ancient Sanskrit, Bengali, and Hindustani languages have many names for the eggplant.

Those that were grown in China, although different in variety, were also berenjenas.

From the two Asian countries of India and China, the berenjena set foot in the Middle East, where it gained the locals’ approval.

The Arabs then took the vegetable to Europe via Spain somewhere between the fifth and 15th centuries.

The Spaniards then brought the berenjena to American soil, where it was first treated as an ornamental plant.

The mid-1900s came, and the eggplants have finally made their way to the food section.

Berenjena is “The Apple of Love”

The Spaniards regard the berenjena as the apple of love. It is believed to be an aphrodisiac food.

European botanists from the northern region begged to disagree, as they believe that eating a berenjena can make you go crazy. That is why they call it the mad apple, the apple of Sodom or Mala insana.

Those from medieval Europe had further thoughts on the berenjena. They claimed that the eggplant has specific components which can be used to make a love potion.

There was a time when writers penned their warnings against consuming any recipe with berenjena.

They were deemed to cause illnesses – in other writings, even poisonous. People were advised to treat the berenjena plainly as a visual plant.

Most of these assumptions stem from the fact that the berenjena has a bitter taste when eaten without seasoning and on its own.

The bitterness comes from the seeds of the eggplant, which actually contains a small amount of nicotine!

Other names for berenjena include Garden-egg, Guinea squash, and Brown-jolly.

Berenjena and the Spanish Cuisine

What’s good with the berenjena is the fact that it is fibrous. Therefore, when you cook with it, it acts like a sponge that takes in all the dish’s flavors.

Because Spanish cuisine is basically a world of flavors in one pot, the berenjena holds all the zest, spice, and seasoning you put in the dish that a mouthful of it will give you a burst of complementing tastes.

You see the berenjena shining as the main Spanish dish, as a side dish, or as part of a tapas platter. It is good together with meat or as a meat substitute in a vegetarian dish.

When cooked properly, the berenjena offers many health benefits to you.

To get the most out of your berenjena, stick to grilling, roasting, baking, or boiling it. Keep out of the frier!

Because eggplants tend to absorb so much of whatever is on the dish, frying or deep-frying them means you are basically consuming berenjena and a hefty amount of oil at the same time.

The berenjena helps you feel full because it is naturally fibrous. You can add it to your diet if you wish to lose weight.

The skin of the berenjena itself is packed with antioxidants. They help reduce stress-induced illnesses and maintain a healthy youthful glow.

Because the berenjena is high in potassium, it can also aid in the normalization of your blood pressure and promote gum health.

The berenjena and the Spanish cuisine are truly inseparable.

There are so many delicious Spanish Berenjena recipes out there – both traditional and modern – that it is simply difficult to narrow down the list of Spanish eggplant dishes which you should try recreating at home.

In some of these Spanish dishes, the berenjena is the star of the show. Such is the case for the easy and delicious recipes Berenjenas Rellenas and Berenjenas Fritas con Miel, among others.

In most Spanish specialties, the addition of berenjena brings in whole meaty goodness with a soft texture. You can find it in meat stews, in salads and in vegetarian dishes.

The berenjena also found its way into staple Spanish tapas menus. People pair it with goat’s cheese, serve it as a frittata or fry it as sticks.

Whatever berenjena recipe you aim to make today in your kitchen, it will surely be delicious, flavorful, and filling! 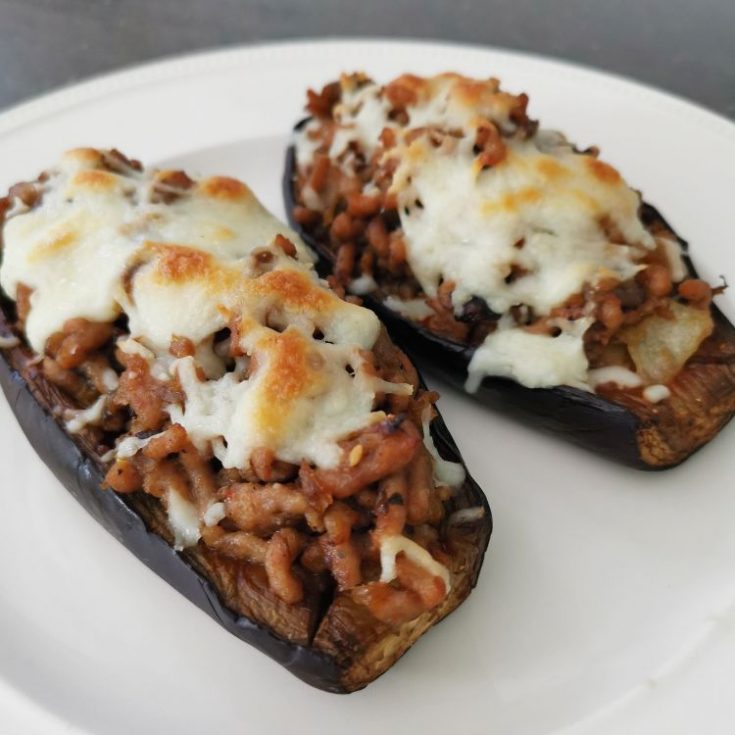 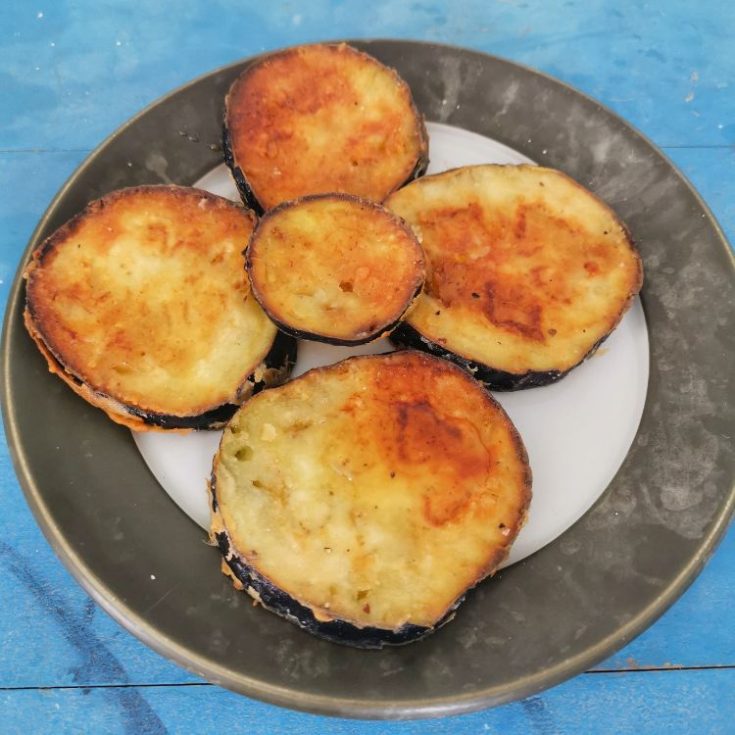 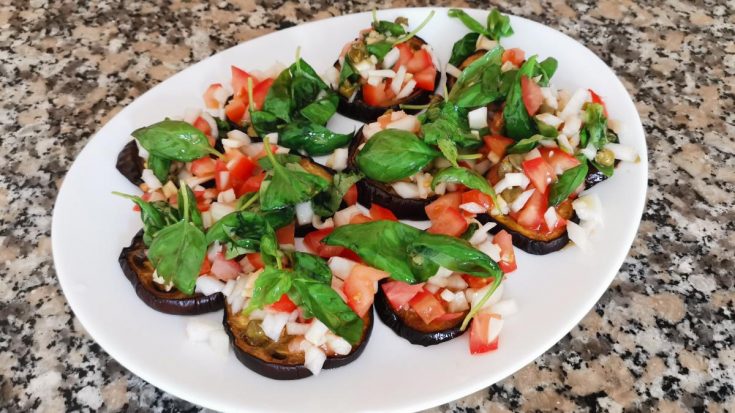 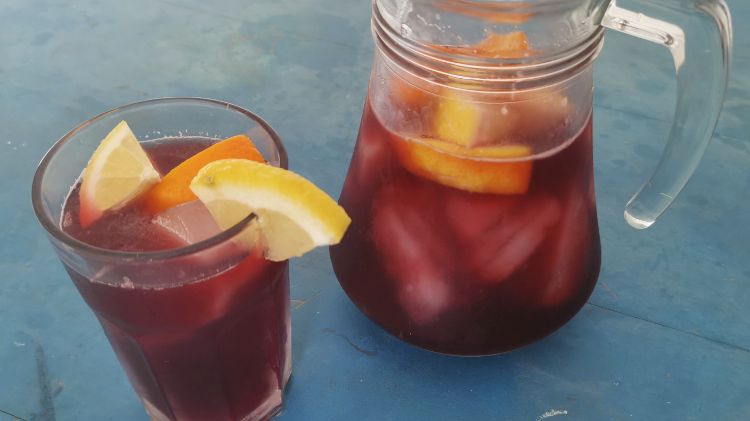